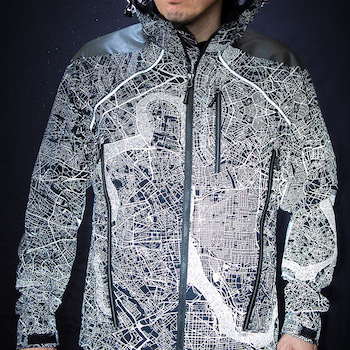 Showers Pass of Portland, Oregon, has produced a waterproof cycling jacket that features retroreflective street grids of eleven cities. Because of the complexity of the patterns each Atlas jacket is unique, but will still feature streets from Portland, New York, Washington DC, Paris, Barcelona, Amsterdam, Berlin, Sydney and Taipei.

London is also featured, as is Newcastle upon Tyne. Why Newcastle? Showers Pass president Kyle Ranson was born and raised in Jesmond, and used to play in Jesmond Dene.

“This was one of those fun projects that I got into way more than time really permitted. The entire staff thought I had gone nuts. It literally took weeks to patch together all the cities to look like one map.”

He added: “We wanted a jacket that supports an active outdoor lifestyle, stands up to bad weather, and offers a stylish way to stay visible to traffic at night.”

The street grid pattern on the jacket is printed with retro-reflective ink. The ink is a dull grey in normal light, but a bright silver when hit by car headlights. 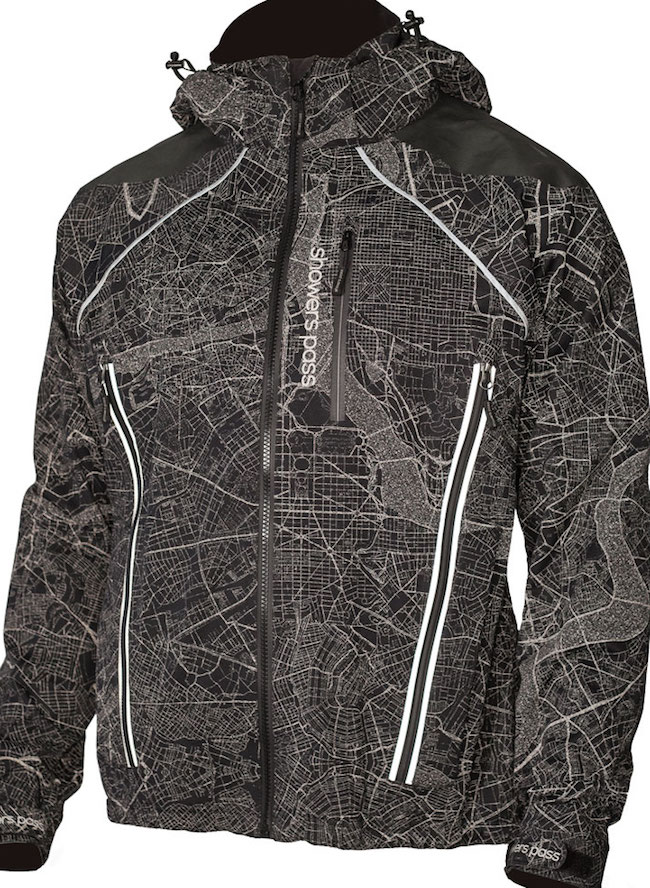 And here’s the map of Newcastle – and Jesmond Dene – that’s featured on the jacket: 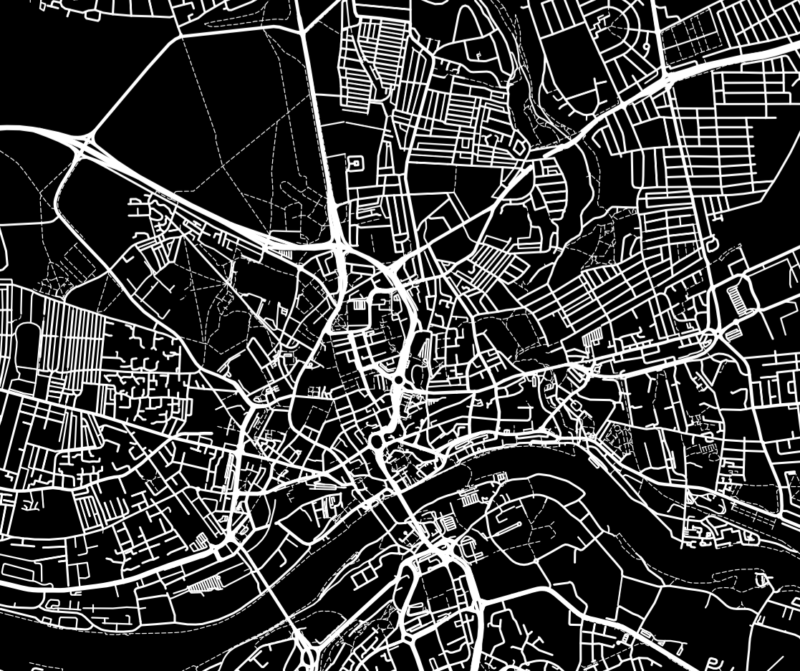