Motorists parking on Benton Bank: if you litter, you harm wildlife and could be fined 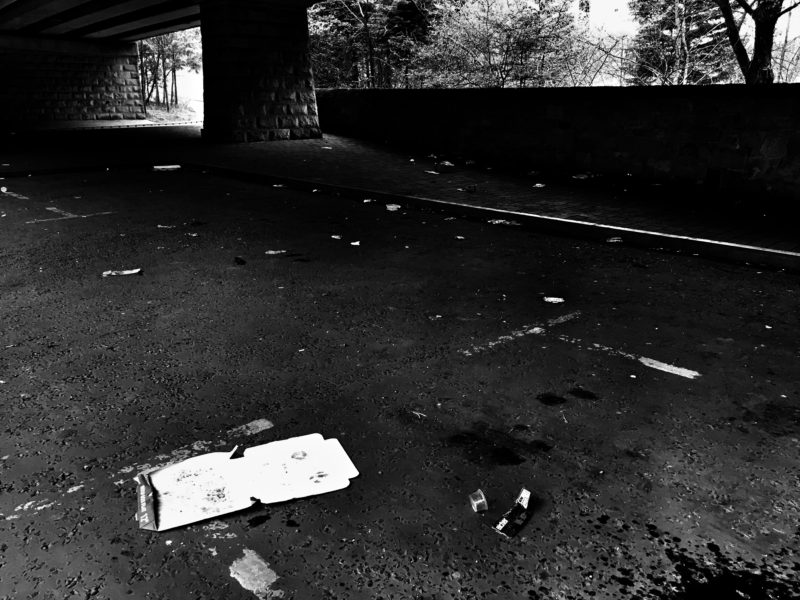 In recent weeks there has been a great deal of litter dropped from cars parked on Benton Bank and underneath the Cradlewell bypass on Benton Bridge. Volunteers are spending a great deal of time cleaning up after these inconsiderate motorists. (There’s also a litter problem in the Dene itself, of course.)

Looking on the bright side, Newcastle City Council may soon get new powers to fine litter-lout car passengers. The central government has released a new Litter Strategy for England, which includes plans to fine drivers for litter thrown from their vehicles by passengers. Similar to rules in London, motorists could soon receive penalty notices when litter is dropped from their cars – even if it was discarded by passengers.

The plans have been drawn up by environment department Defra, the Department for Transport and communities department DCLG.

Transport minister John Hayes said: “Litter is a major and costly problem to deal with. It makes our roads look messy, can threaten wildlife and even increase the risk of flooding by blocking drains.

The government has launched a consultation on the proposed enforcement measures. It said guidance will be issued to councils to accompany any new enforcement powers.

This guidance for councils will also update England’s “binfrastructure” through creative new designs and better distribution of public litter bins, making it easier for people to discard rubbish.

There will also be an attempt to create a “green generation” by educating children to lead the fight against litter.