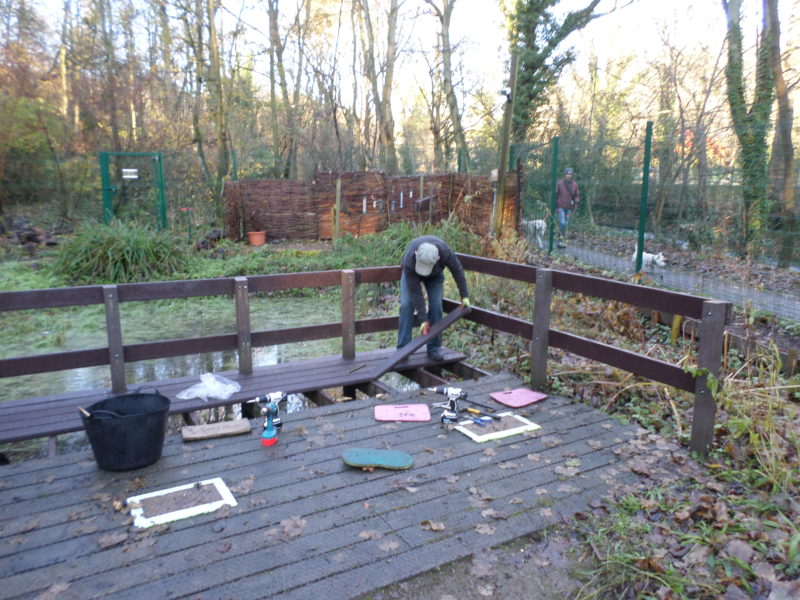 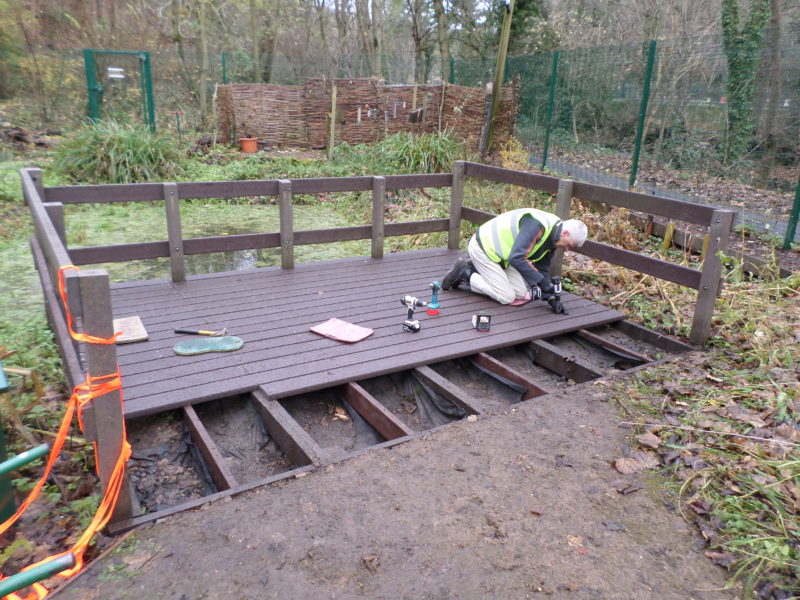 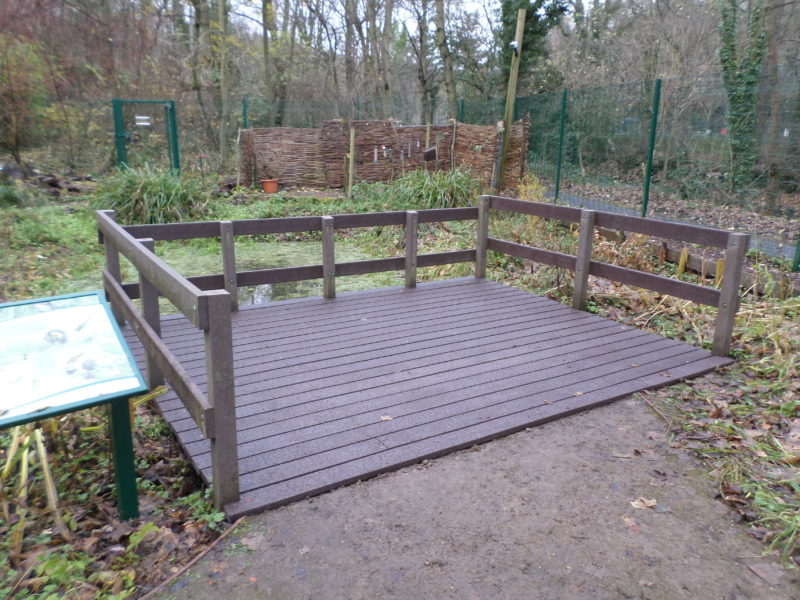 You may be aware that some nine years ago a new pond was dug in Jesmond Dene Nature Area, across the river from Pets Corner. The new pond was provided with a dipping platform to allow parties of children to dip for pond creatures. The supporting framework of the platform was made from recycled plastic, which has the advantage of not rotting, but is expensive compared to wood. The decking for the platform was made from wooden planks that we happened to have available at the time.

Last year it became apparent that some of the decking planks had rotted and needed replacing. The volunteer rangers applied some temporary patches to allow the platform to continue to be used, but it was obvious that the decking would have to be replaced. It was decided to use recycled plastic for this, as the plastic framework for the platform has lasted so well. The planking cost £936.68, of which £541 was raised from the proceeds of the Christmas Raffle, with the remaining £395.68 coming from the funds of the Volunteer Rangers.

Sarah, the Ranger, ordered the plastic planking and some of the volunteer rangers spent two or three sessions during December ripping up the old planking and putting down the new stuff. Apart from it being rot-proof the new planking does not need chicken wire to provide a grip as one side of the planks is deliberately roughened and plastic does not become slimy in the wet as wood does. The new decking should last much longer than the wooden planks that it has replaced. I have enclosed some photos of the decking being replaced.